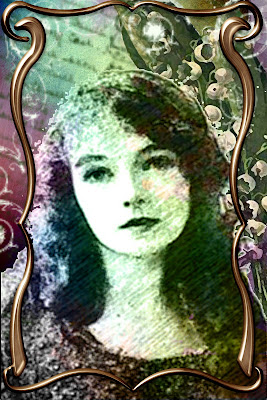 Not only was Lillian Gish born in the right era, but she was also born with the ethereal beauty and grace to make her a star in the silent film industry. If Mary Pickford was the silent cinema's greatest personality, Lillian was its greatest actress.

A consummate actress, Lillian seemed to take delight in suffering for the art form that became her obsession. In order to experiment, Lillian worked in extreme conditions such as starvation, intense heat and bitter cold. Soon, she became the quintessential silent screen heroine, lovely and open to suffering. However, despite her characters' apparent weakness, Lillian's performances also let their inner strengths shine through.

One of my favorite Lilian Gish roles came much later in her career--in the eerie, exceedingly creepy, Southern Gothic "Night of the Hunter." She played a feisty and determined older woman, rescuing children from the evils they found themselves entangled in. It also stars Robert Mitchum, at his villianess best. If you've never seen it, it's worth a look. It's a beautiful, surreal piece of cinema.
Posted by Linda Gibbons at Saturday, July 30, 2011