Made this yesterday, but didn't get to post it.  Another of the Strong  Women series, Camille Claudel.

An older sister of poet, playwrigth and diplomat Paul Claudel, beautiful, talented Camille Claudel (1864-1943), at the age of 20, became mistress, model and collaborator of Auguste Rodin, who admired her sculpture and was influenced by it. When she broke with Rodin, who refused to marry her, she continued to sculpt, paint and exhibit. But in time, living in poverty and semi-obscurity, she destroyed some of her work, her friendships and family ties, and became "nothing more than an anxious shadow hiding in the recesses of her dark studio, asking only for silence and oblivion." In 1913, Paul Claudel had his reclusive, paranoid, now unattractive sister incarcerated, and she remained in sanatoriums for the rest of her life. 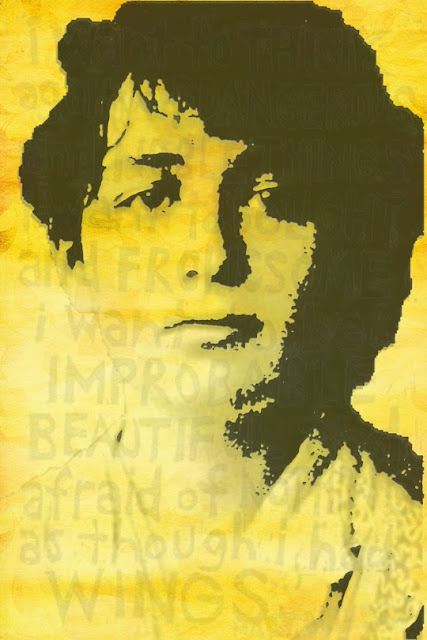