The Game of the Goose 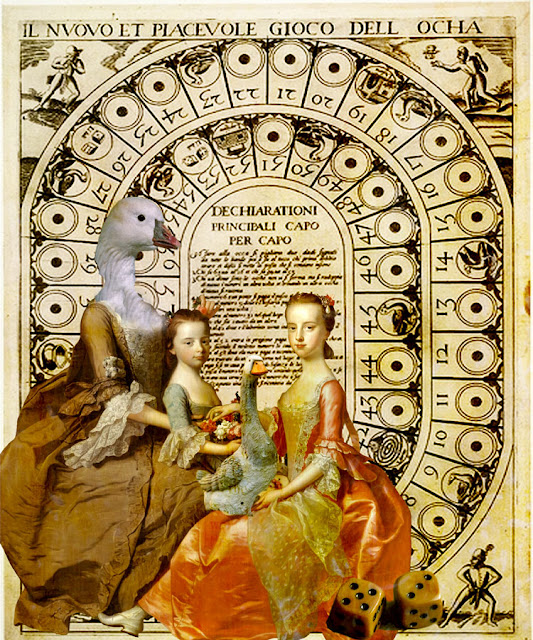 Il nuovo et piacevole gioco dell ocha
(The new and enjoyable game of the goose)
Engraving published by Lucchino Gargano in 1598 with the game rules in the centre and pictures of fools in each corner.

The Royal game of Goose
The game of Goose was Invented by Francesco de Medici and was taken quite seriously amoung adult players. Now it is seen as a classic children's race game, you throw the dice and move gradually into the centre of the board with various 'miss a turn' obstacles along the way. the first one to the middle is the winner. The game is very good for younger children, this is all about luck rather than strategy. It makes a great present for kids who already have snakes and ladders.

The rules to Goose